All vegan cheese products are not made equal. In the face of this unfair, cruel world, the smart shopper must equip themselves with a terrible weapon: knowledge.

The S tier comprises 3 cheeses which form a rock-paper-scissors style triumvirate. Each has their own strengths, but together they all cover each other's weaknesses. 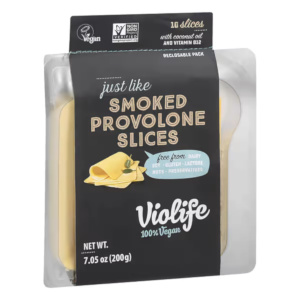 These are great. Great on cold sandwiches, great by themselves. The strong smoked provolone flavor masks the typical "ew, it's vegan" aftertaste of milder cheeses like Cheddar or American.

I don't trust the packaging, so I usually keep them in a sandwich baggy in the fridge.

Paired with Follow Your Heart veganaise, I can have a vegan cheese sandwich that's just as bland as my late-'90s suburban childhood. 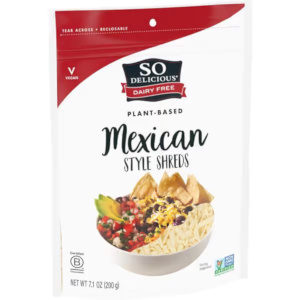 These are also great, but you can't eat them out of the package like with slices.

Whereas slices are critical to making sandwiches, mexican-style shreds are an un-defeated force in pasta topping, both spaghetti and linguini. A well-armed fridge must have both. 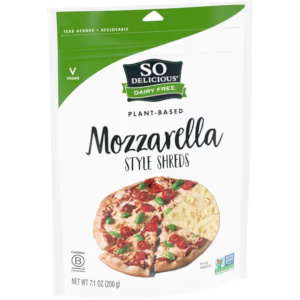 Rounding out the S-tier is So Delicious Mozzarella Shreds.

Although "mozzarella" is hard to spell, and it lacks the deep color gamut of mexican-style, the Mozzarella Shreds form the sturdy 3rd pillar of the cheese spectrum: Pizza.

Sometimes my partner uses these to make vegan pizza, and you can't beat pizza that someone else made and shared with you.

The A tier consists of reliable, work-a-day cheeses that just don't reach the Pareto frontier.

I'm happy to buy these cheeses any day of the week, but if they're stocked next to an S-tier, I'm grabbing the S-tier. 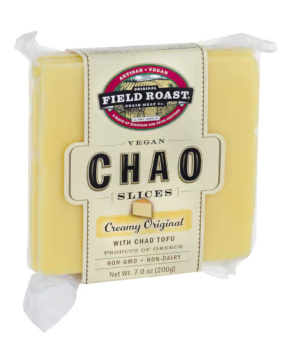 The keystone of the A tier is the Chao Creamy Original Slices.

Creamy vegan cheeses have historically faced an uphill fight - Many of them suffer from an aftertaste that can only be described as "Just nasty."

But at $6, I'd sooner eat provolone for the rest of my life than pay a 20% creaminess fee. Just buy a pack of Violife provolone slices if you can find them. 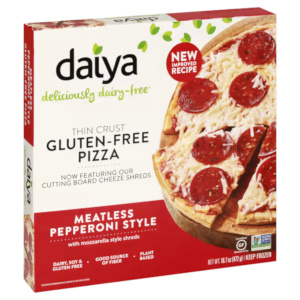 The scion of the Daiya cheese dynasty, Daiya frozen pizzas are the only game in town for cheap, low-effort vegan pizza.

Pictured is the stately pepperoni-class pizza. This pizza also has the honor of being one of the 2 vegan meat products I enjoy.

These nearly made S tier, but I just don't like pizza as much as I used to.

Plus, cooking them means waiting 30 or 40 minutes for basically a crunchier version of a cheese sandwich combined with a hot dog.

In the end, I am American. I have to like pizza a little bit. They're okay.

The B tier is where I start to admit these are not my favorite vegan cheese products. This is where I think for a little bit, "Do I really need cheese this week?" before I open the door and grudgingly buy them anyway. 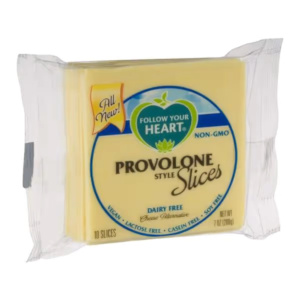 I wanted to put this in A tier because they're an old favorite of mine.

But when you plug the cheese numbers into the cheese formulas, it doesn't add up: For $6 you could get a creamy Chao pack instead. And Violife Provolone is basically the same, for only $5.

If FYH can't find a way to cut cost, they'll find themselves pushed out of the highly-competitive vegan cheese slice market. That said, Follow Your Heart's veganaise is dominating its own niche. So maybe cheese is a loss leader for them. We'll have to see how things play out this year. 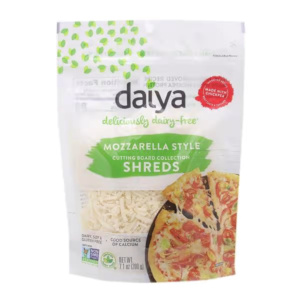 Daiya Mozzarella Shreds are fine. They're not bad.

But at $5.70, they cost 12% more per ounce than So Delicious Mozzarella Shreds.

It's hard to find anything wrong with them. They're aggressively okay. 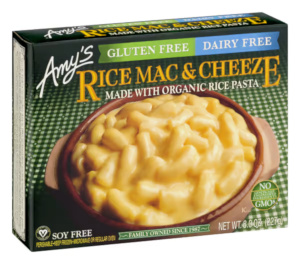 I used to buy these regularly before I learned about Field Roast's frozen Mac and Chao product. (Mac and Chao sadly didn't make the list because the grocery store I stole the pictures from might have stopped carrying them?)

Mac and cheese has been a weakness in the vegan cheese arsenal for years, and these fill the role to spec.

But because they use Daiya cheese, they're not great. I recently tried them again, and the cheese is a little bit gross. Sure, they're only $4.50, but they're also only 8 ounces.

As the old joke goes, "The food is terrible, and the portions are too small."

These are nasty. I didn't even finish the package.